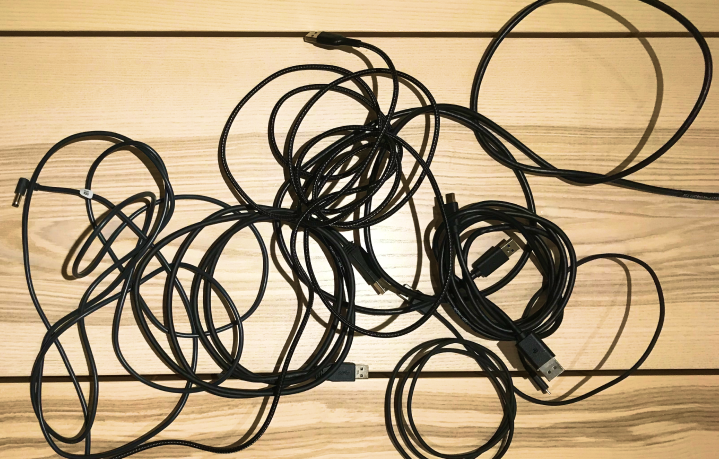 CUTTING THE CABLES WITH THE OCULUS QUEST 2

In September this year, Facebook, who acquired Oculus, announced the beginning of the end of Rift-S. The Rift-S was always a niche product requiring a powerful gaming PC and attempted to balance the limitation of having to be connected to a PC via a cable with the benefits of offering one of the best possible VR experiences.

The Rift-S together with other tethered headsets, such as Value’s Index, offer the highest graphic quality experience for VR by leveraging high-end graphics cards to enable groundbreaking games such as Half-Life ALYX. Unlike the Index, Rift-S offered inside-out tracking, meaning there was no elaborate sensor set-up required in the corners of your living room giving a much more plug-n-play feeling. While tethered-only VR headsets offered a taste of the future, their market was always limited to extreme gaming enthusiasts with deep pockets, and the addition of Oculus Link for Oculus 2 spelt the long goodbye for the Rift-S.

Long live Quest 2 (or at least until Quest 3)

The Quest 2 VR headset was released earlier this month is now the flag-ship of the Oculus line-up.

Visually the Quest 2 is strikingly white, but otherwise more evolution than revolution from the original Quest. The controllers are somewhat better with the exit/home button moved out the way to reduce accidentally hitting it during panic firefights. The song and dance of offering the best of both worlds with the Oculus Link, a fibre-optic cable which tethers your Oculus to your PC to access Rift level games, was quietly available on the original Oculus Quest. Pro tip: you can use the USB-C 2 cable that ships which Oculus rather than invest in a USB-C 3 cable, just change the settings to developer mode. That said, the Oculus2 is an upgrade in all aspects and comes with an aggressive reduction in price that will likely make it top of Christmas present wishlists this year.

From a developer's point of view, one less piece of hardware is always a pleasure and Quest 2 has a snappy Qualcomm® Snapdragon XR2 CPU, 72Hz refresh-rate and 6 GB of space and a resolution of 1832×1920px per eye, this is an upgrade from the 1440 × 1600px of the original Quest. The experience and tracking of the Oculus 2 is noticeably better and in a Beat-Saber battle, the player in white has a clear advantage.

For Gleechi, this translates to helping address one of the biggest challenges in VR training - potential motion sickness for first-time users.

Motion-sickness has been an on-going challenge for VR. Motion sickness happens when there is a disconnect between what is happening with your visual sensors and what your inner ear balance is telling the body. It comes from a time before VR or boats for that matter, when our ancestors only explanation for the sensory disconnect is that you must have eaten something bad and the body needs to throw it up - ergo - we feel sick.

The more we reduce this disconnect, the less impact of motion sickness, and this is where processing power makes an impact. The increased frame-rate helps steady our vision inside VR while a smoother movement and improved image quality also help reassure our brain that all is well with the world. It is also something that you can improve upon with time. VR roller coasters will most likely continue to make most of us feel nauseous but, for most experiences, the effect can be addressed and mitigated, which is critical in a training scenario. VR training emphasises understanding and performing the tasks at hand, and the participant needs to be free of other potential distractions.

Virtual reality you can take with you

VR training has many of the answers to how to adapt to a world where employees and potential clients are now home-based or unable to attend group training sessions. This also means that VR must be delivered without the dependency on high-end gaming machines. Gleechi is embracing untethered VR and inside-out tracking - removing dependencies on additional cumbersome hardware. For our existing users, we will continue to support tethered VR headsets until the transition is made.

The Oculus 2 offers a substantial power upgrade but is based on an Android build process, preventing scene development using Unity’s HDRP ( High Definition Rendering Pipe-line) which offers the most impressive real-time lighting solutions but requires a powerful PC.

Fortunately, Unity has upgraded the LWRP (Light Weight Rendering Pipe-line) to URP ( Universal Rendering Pipeline) - this offers some of the best features of the HDRP while still supporting Android builds.

Most notable is the use of PBR shaders (an acronym for “much more realistic looking materials”). PBR shaders react to light and have far higher levels of realism. The new URP also has better performance and lighting tools, as well as some advanced features such as global Ocular occlusion (the shadows that all objects cast where they meet surfaces ) and surface finishes such as the complex paint finish you know from car paint. For the participant - this all translates to another step to a more real-world experience.

Increased realism offers benefits apart from aesthetics. Smoother, cleaner virtual environments aid the reduction of motion sickness and contribute to the ultimate aim of the Gleechi VR training experience - to become so immersed that participants can seamlessly apply skills learned in VR to real-world applications.